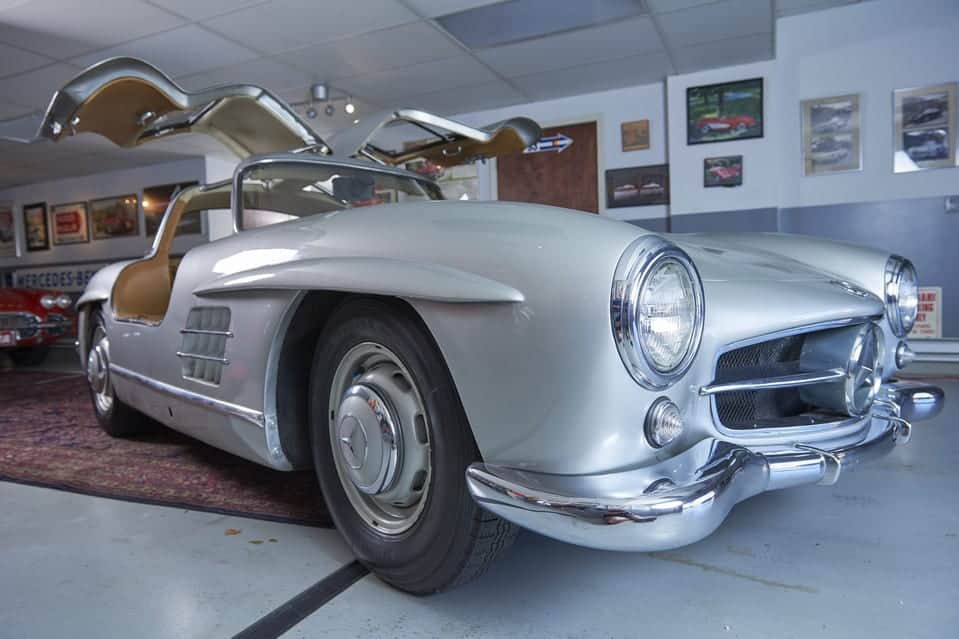 Originally purchased for $6,000 back in 1965 by Cooper Weeks, a now-retired airline captain for TWA, this ‘55 300 SL Gullwing is now worth $1.5 million and certainly looks like it’s worth at least that much.

If you’re thinking about getting a classic back to pristine shape for yourself, check out our selection of Mercedes-Benz body parts as an excellent starting point.

When I was growing up in Des Moines, Iowa, nobody had ever heard of a Gullwing. In 1965, I saw an ad in a Road & Track magazine for one for sale on consignment. It was in Switzerland. I didn’t know what it was, but it struck me.

When I bought it for $6,000 (shipping was included), my father told me, “You can’t buy that car!” It was a used car, and I could buy a new Cadillac for that price. We had no idea the Gullwing would become an icon. A lot of people think of it today as the most beautiful car ever built.

In its day, the Gullwing was the fastest production car in existence—about 160 mph. It had cutting-edge technology like fuel injection, and the styling was radical, most notably the doors, which open like the wings of a bird.

Movie stars owned these cars, such as Clark Gable and Paul Newman. It was only made from 1954 to 1957, and that’s one of the reasons it is such a notable collector’s car today. Continue Reading