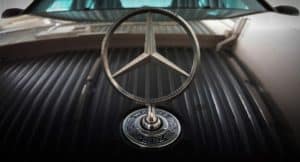 Adsit carries those hard-to-find Benz transmissions that you are in need of to fix your classic car. This page has you will be able to get the transmissions for the Mercedes-Benz MODEL that Benz used to sell between 2007 to 2009 then during 2011 and 2012. Ensure that you are not mixing this list with the parts for the E550, E550 Coupe or E550 Cabriolet, which are easy to get confused by due to the overlapping years of production and the similar model names. Find the year of your E550 4matic below then click it to find the part for your car.\