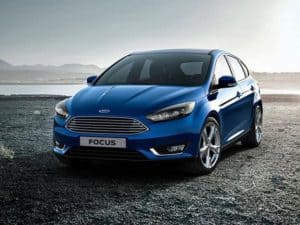 Ford ended up giving the public a lemon as far as the 2012 Focus was concerned. The problems with the vehicle were due to it having a double clutch, which was an absolute headache for a large portion of the people who bought the car. Additionally, Fiestas and Focuses released between 2011 and 2015 had some notorious shifting problems.

On a somewhat related note, if you are working on the transmission for a Mercedes Benz, head over to our transmission page for any parts you might need.

It’s always a gamble for an automaker to try new things. When that gamble fails it usually results in a big loss. Car companies will normally man up and take some responsibility, but not always. In 2012 Ford released a lemon, the Focus, and one option was Ford’s PowerShift dual-clutch semi-automatic transmission.

The models of Fiesta and Focus from 2011/2012-2015 respectively were infected with a horrible issue where the transmission would shudder while going from first to second gear, with the issue sometimes continuing into third gear. Continue Reading