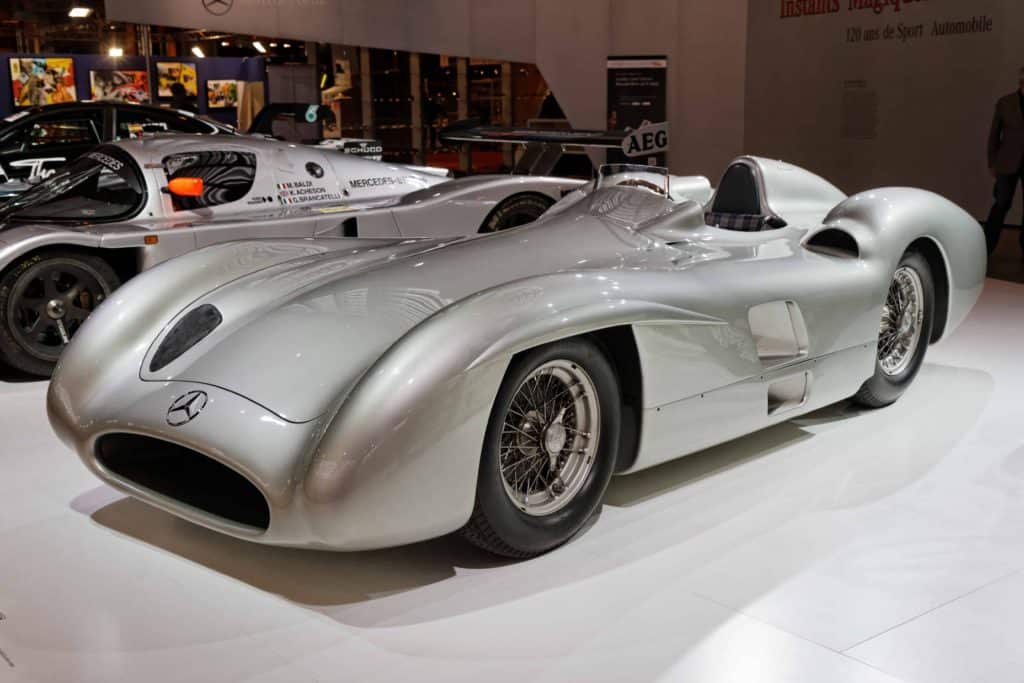 An unparalleled reputation, outstanding performance in producing high- quality vehicles, and a very popular and reliable brand name are some of the reasons why Mercedes-Benz remains first and on top in the car manufacturing industry.

There may be many German car brands that are famous around the world since Germany was known to as the birthplace of automobiles. Moreover, car companies in Germany have some remarkable skilled vehicle engineers and designers. Some of the best car brands in Germany are BMW, Porsche, Mercedes and Audi. Nevertheless, the best German car brand is Mercedes as its reputation is still unparalleled all over the world.

Not Just A Brand

The Mercedes-Benz brand is not just a familiar name, but there is more to such name for a reason. Even the three-pointed star badge placed in the front part of the vehicle doesn’t just identify a Mercedes-Benz. There is more to it than that because it represents everything that Mercedes-Benz stands for, done before and will be doing in the future. It also symbolizes their promise to deliver the best or nothing.

Mercedes-Benz has made a breakthrough in history by producing the first car ever. Since then, it has never stopped innovating, developing and reinventing it. Despite its meticulous engineering, Mercedes-Benz has been defined by its continuous innovation.

The 1954 Mercedes-Benz W196 The Most Expensive Production Benz

Also included in the total package is the precious piece of history it carries. The 1954 Mercedes-Benz W196 made history when it was used by great formula one race car driver, Juan Manuel Fangio, to set a new formula one world record. Moreover, it competed and won nine of twelve races and two World Championships.

Rudolf Uhlenhaut designed the W125 racing car of 1937, along with W154 and W165. He was then the one who designed the W196 after the war, so the four vehicles used similar design principles. The tubular, stiff, but lightweight space frame used for this car weighed only 36 kg. It was intended to have an escalated polar moment of inertia.

The 1954 Mercedes-Benz W196 was made to win a world title, and indeed it effectively won. Its features met all the demands of the Grand Prix formula required by the sport’s governing body.

The vehicle has a capacity of 2,500 CC without a supercharger or 750 CC with a supercharger. It can run for a distance of 300 km or a minimum of three hours. It has a 2.5-liter inline-eight engine. The basis of the engine featured technology was the Messerschmitt 109 plane of World War Two.

The 2.5-liter inline-eight engine was installed at an angle of 53 degrees to the right in the space frame to reduce frontal area and lower the center of gravity. It also used a crankshaft with one piece con-rods having a 68.8mm stroke, and 76mm bore. Such engine configuration was inspired by the 18/100 hp Grand Prix car of 1914. The cylinders used for the engine, divided into two groups of four with a central power take-off, were connected to a base plate.

The fuel used for the vehicle was an Esso mixture that is highly reactive, also included in the mixture was code RD 1, a combination of 2 percent nitrobenzene, 3 percent acetone, 25 percent 110/130 octane petrol, 25 percent methanol and 45 percent benzene.

Instead of using the conventional De Dion layout, the Mercedes-Benz W196 has a rear suspension swing axles with low pivot point. The design was made this way for its better behavior under acceleration. Moreover, its springing and front suspension used torsion bars, however, the front suspension includes a double wishbone. Moreover, telescopic dampers fitted back, and front and its water and oil coolers were situated right at the front.

The valves were closed by the action of the cams and rocker arms, instead of by springs when using desmodromic valve actuation. Around 50mm inlet diameter was used for the valves; each cylinder contains two valves.

Mercedes-Benz was the first to successfully prevail the limitations of using a spring in closing valves. It was the first that worked out, and Mercedes-Benz is one of the two makers to produce winning performance in world championship using desmodromic valve actuation.

What Makes A Mercedes-Benz

Since then, the name Mercedes-Benz has become a symbol for absolute quality and luxury. Consumers pay an excessive amount of money for Mercedes-Benz vehicles because they see that the experience and satisfaction of owning it outweigh the price. Such customers are aware that they are never less satisfied with the luxury and performance they witness in the vehicles.

Many have dreamt of owning one of these cars because of its outstanding features. Some of the most amazing models that exist in the world contain features that are unique and particular to Mercedes-Benz models.

A Combination of Innovation, Performance and Design

After the breakthrough done by Carl Benz for inventing a three-wheeled, self-propelled motor wagon, it changed the way people moved and inspired many to continue further striving for innovation until this day. While there’s an unending roster of new achievements, the only reason Mercedes-Benz, the world’s first automobile maker, remains first is because of its continuous strive to innovate.

Being the first to produce a vehicle, Mercedes-Benz built Mercedes 170 that features the very first fully independent suspension, which allows each wheel to respond individually. Also, a new hydraulic braking system was attached to it. Mercedes 170 sets safety standards and new performance benchmarks that remain the standard today.

The heart of an automobile is the engine itself. Since Karl Benz’s invented the three-wheeled, self-propelled motor wagon, the engine has become the stepping stone for continuous automotive performance. Mercedes-Benz has provided many forms of an engine from powerful v-8s, to economic clean diesel.

Each one of them created for the purpose of producing exceptional responsiveness, efficiency, and power. On the other hand, transmissions from Mercedes-Benz are proficient in harnessing output so that it can deliver it efficiently when called.

Mercedes-Benz vehicles, equipped with Electronic Stability Program, helps distribute weight so the car can offer a rewarding feeling during acceleration at the same time hold the road. Next, suspensions of Mercedes-Benz are engineered to adapt to a person’s driving style. Lastly, Mercedes-Benz vehicles have an adaptive braking system designed for a quick and precise stopping.

The totality of beauty, inside and out, of a Mercedes-Benz, speaks how much importance given to its design. However, what they achieve goes far beyond sheer appearance only. Mercedes-Benz hires the best textile, graphic, interface and industrial designers to devote themselves to the craft of automobile making. Its designers produce vehicles that look, sound and feel like nothing else.

Safety First Is The Number One Rule

One of the reasons why Mercedes-Benz remain as one of the top quality driven companies of all time is because of the excellent safety you can get from it. Over half a century now, Mercedes-Benz engineers have been continuously operated to preparing for any emergency situations or accidents that may occur.

Many innovations have taken place to strengthen and develop the vehicle for this. Most likely, the safety firsts of Mercedes-Benz set a standard to all automobiles. Any model of Mercedes-Benz has been set to protect you in ways you might never have imagined. At present, Mercedes-Benz provides new and different breakthroughs to make an accident less likely and less severe.

Mercedes-Benz continues to outshine and excel in the field of car manufacturing industry. Until now, the company still embodies and integrates its core values to its works.

The 1954 Mercedes-Benz W196 truly captures the total package filled with beauty, luxury, and elegance brought by one of the most renowned and established car manufacturing company in the world. Such Mercedes-Benz is the only remaining example of a milestone race car because this car dominated every Grand Prix Contest it entered.

Since Mercedes-Benz continues its effort to attain constant innovation to serve and deliver better products, no doubt there will be more expensive cars sold shortly. More global wealth will mean a huge demand for expensive items. Though there may be more expensive cars sold quickly, there are still few cars in history that can boast a provenance as extensive as this 1954 Mercedes-Benz W196.

Due to the impact made by Mercedes-Benz not just in the car manufacturing industry, but also in the history of humanity, it paved the way for the development and innovation of new and improved technology for vehicles. This global recognition experienced by Mercedes-Benz moved and inspired others to strive and build a brand based on the core values imposed and followed by Mercedes-Benz.

We are a Mercedes Benz Parts Provider. We help enthusiasts and collectors, rehab, restore, tune up and soup up their favorite Benz rides. From antique models that have nearly impossible to find parts, to late model accessories, we have the transmission, engine, brakes and accessories that you need.