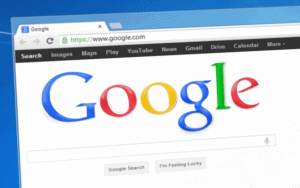 With more autonomous vehicles making their way to the streets than ever before, Google has patented an adhesive that would make hit pedestrians stick to the vehicles rather than bounce off. The thinking here is that pedestrians would avoid secondary injury from hitting the pavement after the initial impact.

While this could potentially be a lifesaving idea in some circumstances, it seems like facing that second injury from the fall might be a better alternative to being stuck to a self-driving car like a bug on fly paper. Cars without drivers may have already proven to a safe addition to our roadways, but if one were to have a person stuck to it and not stop, what’s to stop an autonomous car that didn’t recognize it hit something right away?

Quite a few different companies have autonomous cars in the works, including Audi, Ford, Tesla, BMW, Lexus and, of course, Mercedes-Benz.

Should your self-driving (or manually-operated) Mercedes need a body part from having someone stuck to it, click here for replacement parts.

Google on Thursday had a fresh US patent for a sticky coating that could be applied to self-driving cars so pedestrians stick instead of bouncing off when hit.

The patent describes a layer of adhesive on a car’s hood, front bumper and possibly front side panels sealed with a coating that, when broken, would bare a gluey surface akin to fly paper modified to catch humans.

“Upon impact with a pedestrian, the coating is broken exposing the adhesive layer,” read patent paperwork dated May 17 and listing the applicant as Google.