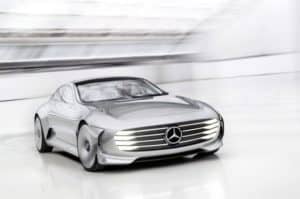 It’s been no secret that Mercedes has been pushing into the electrical market, but new information from Automobilwoch has announced that the 4 already known electric models from Mercedes are just the start of it, and that Mercedes plans on pumping out at least 6 different models by 2018.

While the savings of electric cars is an alluring siren for gas gouged drivers, there is always the option to tune up your engine and exhaust for more efficient use of your gas.

Mercedes-Benz parent Daimler is working on at least six new electric vehicles, as part of a big push to fight back against Tesla Motors and keep pace with Mercedes’ German luxury rivals, according to a new report.

Mercedes’s push into electric cars is bigger than previously reported

There may be additional long-range compact electric cars under development for Daimler’s Smart brand, the report said. The new battery-operated Mercedes-Benz are expected to come to market starting in 2018. Continue Reading