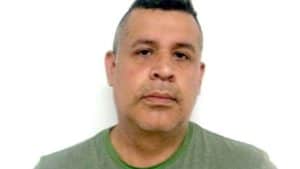 A man by the name of Oscar Sanchez apparently figured he’d never get hunted down for skipping out on paying the toll road fees through New Jersey and New York, but it finally all caught up to him. He now owes $12,000 in tolls and his Mercedes Benz was impounded. He’s been charged with a number of crimes, too, including driving on a suspended license, service theft and missing a front license plate.

The impounded car might be good news for you, though, as it might go up for auction cheap somewhat soon. If so, you might want to fix it up and maybe get some new rims for it. If so, click here to check out our rims selection.

Authorities say a New Jersey man who owes $12,000 in unpaid EZ Pass tolls has had his black Mercedes Benz impounded and is facing charges.

Port Authority of New York and New Jersey spokesman Joe Pentangelo said Wednesday that Oscar Sanchez, of Jersey City, was pulled over by agency police on Tuesday because the car didn’t have a front license plate.

Pentangelo says the officer discovered Sanchez had an expired driver’s license and more than 200 counts of missed EZ Pass toll payments amounting to about $12,000. Read More