Mercedes AMG Racecars On US Soil 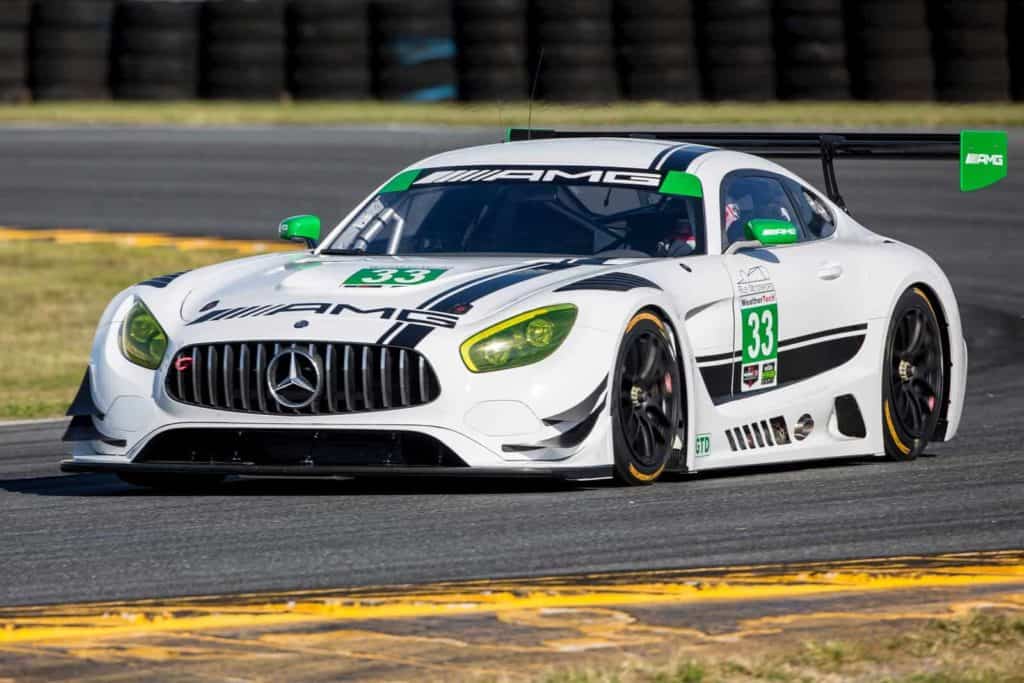 Mercedes Benz has made the announcement that they will be producing a pair of Mercedes-AMG GT3 racers for the 2017 IMSA WeatherTech Sports Car Championship.

The first of these cars will be run under the title sponsor WeatherTech, while the second will be under AMG and Team Riley Motorsports. With the titular sponsor of the race,

Mercedes seems poised to dominate yet another racing cup with superior engine performance.

The German automaker has announced that it has teamed up with the successful Riley Motorsports team to campaign a pair of Mercedes-AMG GT3 race cars in the 2017 IMSA WeatherTech Sports Car Championship.

One of the team’s cars will run with extended AMG assistance as “AMG-Team Riley Motorsports,” while the second race car will run as WeatherTech Racing, with sponsorship from the series’ title sponsor. In addition, the AMG Customer Sports team SunEnergy 1 Racing will also campaign a Mercedes-AMG GT3 in the same series.

Based on the Mercedes-AMG GT S road car, the GT3 race cars are competing in the IMSA GT Daytona (GTD) class, which features vehicles built in accordance with international GT3 regulations. Continue Reading

Photos by Brian Cleary/BCPix.com on behalf of Mercedes-Benz USA