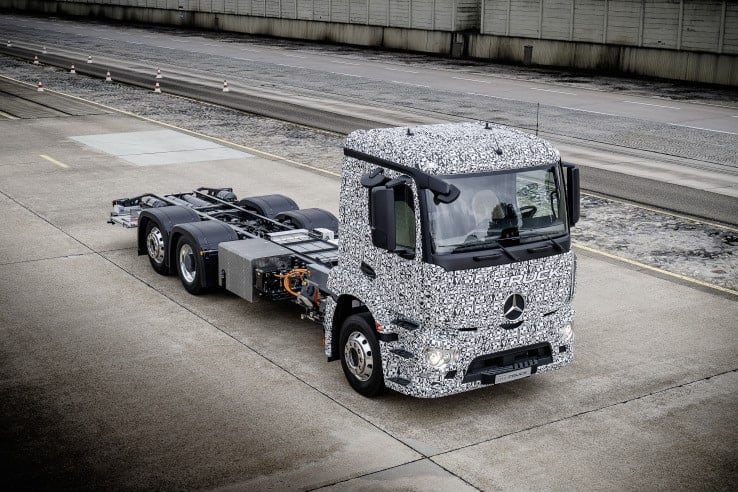 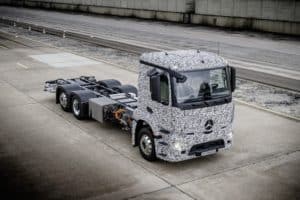 Race to Electric Truck Rigs is Over

Mercedes breaks out the upset of the century as they whip out the world’s first fully electric semi-truck just a week after the Tesla press conference in which they announced that they were working on a similar project. This upset is sure to be a major blow on Tesla’s reputation as the go-to high end E-car manufacturer as Mercedes encroaches further into the smaller companies market.

And in a world more concerned than ever about carbon footprints and the nature of pollution, it makes sense that the auto industry titan moves in to become the dominate force of the E-car market.

While we wait for the S-Class Electric Limo to be revealed, click here and keep your car’s electrical components fresh.

Daimler isn’t about to let Tesla own any more ‘firsts’ in electric transportation; the German company revealed the Mercedes-Benz Urban eTruck today in Stuttgart, an all-electric truck with a total admissible weight capacity of 26 tonnes (29 U.S. tons), which makes it the first clean energy big rig of its kind.

As the name implies, it’s designed for use in urban environments, capping off the short-sprint end of the heavy transport shipping cycle. That’s in part due to its max range of 200 kilometres (about 124 miles). The prototype Urban eTruck is ready for its close-up, but Daimler notes that we’ll have to wait until a “conceivable” launch window of “the beginning of the next decade” for wide-scale production and real-world use. Continue Reading