Adsit Company / Mercedes-Benz Involved In Pokemon Go
Back to Home 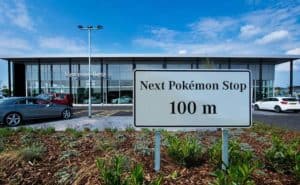 Catch an Alakazam at a Benz Dealer

The German auto maker has gotten smart with the current explosive trend of Pokemon Go and is now ensuring that its dealerships are made into lured pokestops to get more people out onto the showroom floors.

For the few who don’t know about Pokemon Go, real world physical locations are marked as pokestops and Pokemon Gyms, both of which have a significant role to play in the player’s progression in the game. If this marketing is at all successful we can expect a solid spike in Mercedes ownership among 18-36 year olds who are among the games most avid consumers. With that in mind, think about making your Benz stand out by clicking here and getting some fresh rims.

There is absolutely no two-way about the fact that Pokemon GO is the latest fad to take on the world – sane or otherwise. The interactive game has not only made waves around the globe, but is also quite popular in India, despite the official entry is still some time away. Some might even say that the augmented reality game has finally got people moving in the literal sense. So, what do you do when people are going out of their way to ‘catch ’em all’? Well, Mercedes-Benz is making the right use of the excitement to promote sales and is using the lure modules in the game to promote its cars.

In the first-of-its-kind, the Mercedes dealerships are using the immensely popular mobile game to promote sales of their cars. The in-game “lure modules” near PokeStops, which attract the Pokemon creatures, allow Mercedes dealers to lure people playing Pokemon GO to their showrooms or to local events. The lure modules allow players to catch more Pokemons and are visible to all Pokemon players and entice them to visit the Mercedes-Benz branch or event. Continue Reading