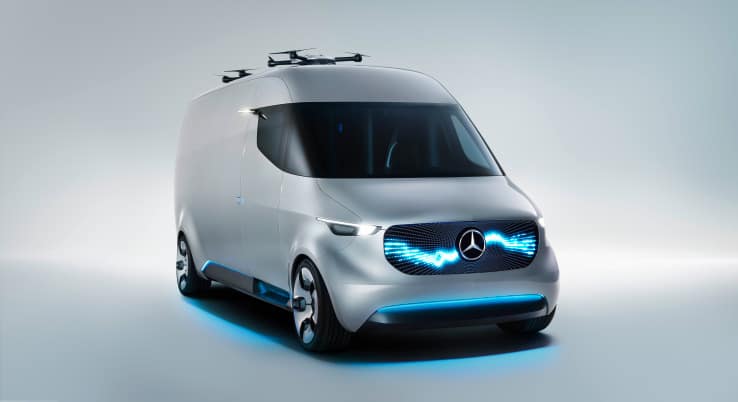 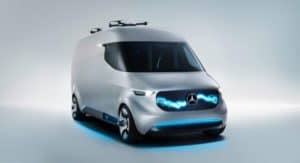 Regardless of whatever your opinion might be on Mercedes-Benz vans (or vans in general), the automaker has teamed up with the new tech company Matternet to design a van that you’re going to have a hard time not thinking is cool. The concept van is packed with drones that are practically fully automated. The delivery driver won’t even have to load them or change out the batteries.

What’s really cool about this van (called the “Vision Van” right now – here’s hoping that changes, eh?) and its flying delivery army is that they can be used pretty much right away… as long as the delivery area’s local regulations allow for automated drone flying, that is.

Even with most of us seeing Benz as a luxury or sporty vehicle manufacturer, the move to build these vans wouldn’t really be out of place. They actually sell a ton of their work-centric vans, and the figures are pretty surprising. In fact, in 2015 alone they ended up selling over 300,000 of their various models.

Though you might not be able to integrate something as science-fictiony as an automated drone delivery service right now, there are still some very impressive Mercedes-Benz accessories worth checking out in the meantime.

Mercedes-Benz Vans and drone tech startup Matternet have created a concept car, or as they’re calling it a Vision Van, that could change the way small packages are delivered across short distances.

The Matternet M2 drones, which are autonomous, can pick up and carry a package of 4.4 pounds across 12 miles of sky on a single battery charge in real world conditions. Continue Reading

Next post
Mercedes Drivers Dream of Self Driving Cars