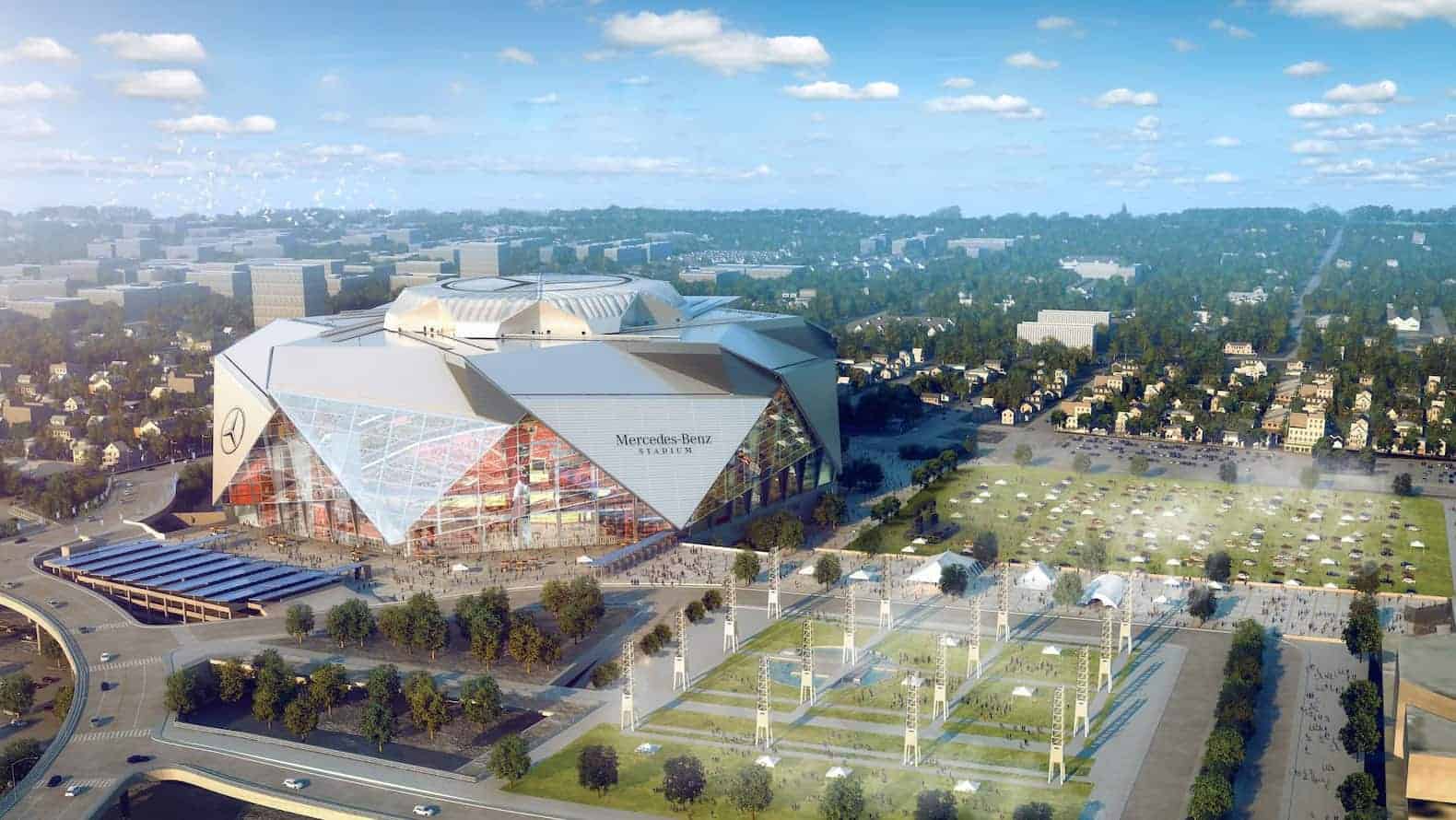 While it has been known for a while that the Mercedes Benz Stadium was a technical masterpiece, it has also been announced that the stadium also will be the first LEED Platinum venue. If you don’t know, that’s an award given for its energy and water saving features as well as an integration into alternative travel methods to reduce pollution from stadium goers as well.

Now it’s your turn. How about you tune up your Mercedes and do your part for the environment?

Football fans have more than just the 53rd Super Bowl to look forward to in Atlanta—the city will soon be home to the NFL’s first-ever LEED Platinum sports stadium.

Designed by architecture firm HOK, the under-construction Mercedes-Benz Stadium is a multipurpose stadium that will be powered by solar energy and capture rainwater for reuse. The world-class venue is the first major U.S. football facility to pursue LEED v4 credits and is expected to save more than 40% in energy usage as compared to a typical stadium design.

Located at the top of the Proctor Creek Watershed, the Mercedes-Benz Stadium (MBS) makes water conservation and management a core focus of its design. Continue Reading

Next post
Apple Gives Up On Apple Brand Car