Mercedes-Benz Told to Call it Quits With Airscarf 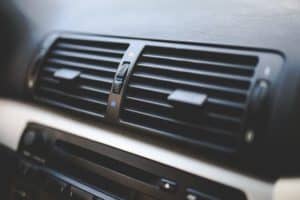 Although Mercedes owns the term “Airscarf”, which is a feature they offer that blows hot air directly at the necks of the driver and front passenger, they’ve been told by a German court they can no longer use the technology. Apparently, blowing hot air on peoples’ necks was patented back in ’96 by a guy named Ludwig Schatzinger.

So, if Airscarf was something you *really* loved about Mercedes-Benz, you’re going to have to stick to already-produced cars. Speaking of heating and cooling, see what we have in stock for Mercedes climate control.

Mercedes faces a €250,000 (roughly $283,000) fine if it fails to disable the system in its new cars. The company also needs to remove Airscarf from all of its advertising and promotional materials, and it will need to pay Schatzinger an unspecified amount of money.

Introduced in 1998, the Airscarf ventilation system has been fitted to the SLK, the SLC, the SL, the topless version of the SLS, and the convertible variants of the C-, E-, and S-Class models. Luckily for Mercedes, the ruling isn’t retroactive so the Airscarf only needs to be disabled on cars sold after May 9th of this year. Additionally, the court’s decision only applies to cars sold in Germany.

All hope is not lost for sun-worshippers. The patent rights expire on December 25th of this year, so convertible buyers will be able to get the system re-activated after that date. Read More