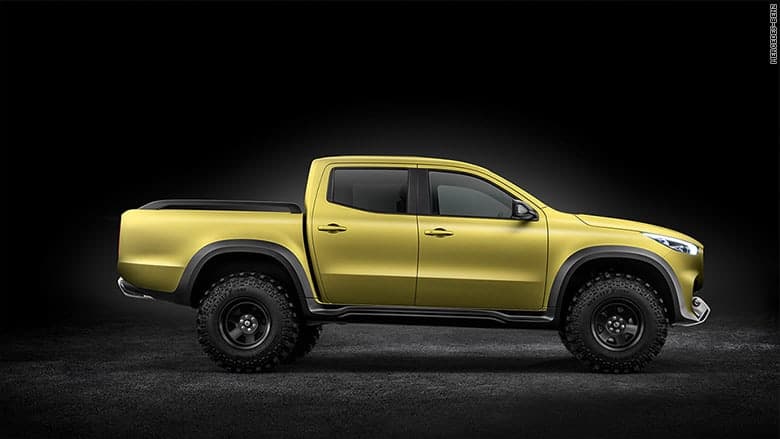 When Luxe and Grit Coexist

And the first thing that needs to be said is that it won’t be available in the United States. The X-Class Pickup Truck with the Benz emblem is set to be released late this coming year, with a slew of customization options to make these trucks vary from fancy street truck with the the chrome 3 pointed star, all the way up to a 6 cylinder diesel engine toting all wheel drive all the time off roading machine.

While we’re skeptical of how many people are interested in paying Benz prices for a vehicle to drive out to the sand dunes with, we do know we will be petitioning Mercedes to get this beauty on American streets.

After well over a century in the car business, Mercedes-Benz is just getting around to making its first luxury pickup truck. A concept version was revealed Monday.

Plans for the truck were first announced in March, 2015, but this is the first detailed look we’ve had at the design.

It’s expected to go on sale late next year in parts of Europe, Africa, South America and Australia. But it won’t be available in the United States, even though big, luxurious trucks are extremely popular here.

Mercedes (DDAIY) showed off two versions of the truck, called the X-class, at a presentation in Stockholm, Sweden on Tuesday. One, a green truck, was outfitted for off-road use. The other truck, which was white, was more of a high-end luxury model with a wood-trimmed interior. Continue Reading