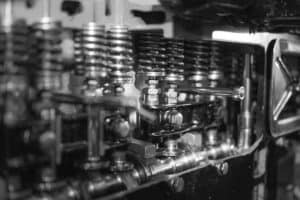 Due to the whole fiasco surrounding Volkswagen and their diesel engine emissions lies, the Mercedes-Benz parent company Daimler has begun an investigation. They are looking to find whether or not their certification processes are correct, which should help to keep the car manufacturer out of trouble regarding Mercedes-Benz engines, even if this news made the company’s stock value drop.

The same day that Volkswagen AG reported that the diesel emissions scandal that has cost it $18.2 billion so far, Mercedes Benz parent company Daimler said today that it is launching an internal investigation into the emissions certification process for its diesel vehicles. That news, plus a shortfall on first quarter earnings expectations, sent shares 5.5% lower.

Daimler said the diesel probe stems from communications it has had with the U.S. Dept. of Justice. This action also follows the filing of a lawsuit by a U.S.-based Mercedes vehicle owner charging the German automaker with allegedly using a device to affect its emissions tests.

The suit, filed by Seattle, Washington-based law firm Hagens Berman Sobol Shaprio, LLP, says the action is based, in part, on an article published in German magazine Der Spiegel, which claims that Mercedes admitted to designing the diesel-powered vehicles to shut off emissions controls in cooler ambient temperatures to protect the engine. Continue Reading