Mercedes Teams Up With Matternet to Give Us Future of Delivery 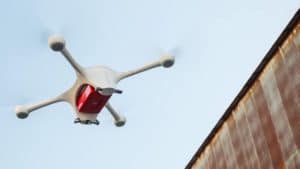 One Step Closer to Our Robot Overlords

The Auto-titan and tech startup have teamed up to deliver a concept van that they’ve called the Vision Van. The Vision Van combines self driving technology with completely electric motors and roof mounted delivery drones to guarantee a package could get to any location with 12 miles of a drivable road.

Click here and see where a new Mercedes engine could take you.

The latest company leaping into the delivery-by-drone business has long been known for performance vehicles of an entirely different sort.

Mercedes-Benz DAI, +1.74% on Wednesday revealed a concept car that can automatically deploy delivery drones, developed in partnership with drone-delivery startup Matternet, in which Mercedes announced what it labeled a multimillion-dollar investment. A Wall Street Journal report valued the investment at $562.7 million.

Called the Vision Van, the concept car itself, should it ultimately reach market, would require a human driver — but the vehicle’s drone is foreseen executing deliveries at the same time as the driver conducts others. It might also provide a measure of relief from such longstanding delivery impediments as dangerous and overcrowded roadways, though at least in the U.S., Federal Aviation Administration rules currently stipulate that drones cannot fly beyond an operator’s line of sight without a waiver. Continue Reading