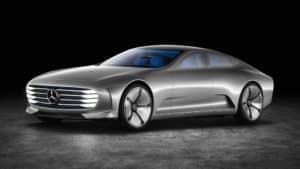 The German auto-maker has finally revealed its plans for a new line of Mercedes-Benz cars that feature entirely new and unique models for their electric cars. Previously Mercedes has been refitting old models with electric engines, so this is a wonderful new change of style that comes with a 310 mile drive range.

Click here for all of your electrical needs for your Mercedes-Benz.

Bloomberg reports that Mercedes is working on its own lineup of electric vehicles to take on BMW and Tesla, and the German automaker will introduce a sub-brand to market them under.

Mercedes is currently developing two electric SUVs and two sedans and at least one of those vehicles will debut at this year’s Paris Motor Show. Previously, Mercedes CEO Dieter Zetsche confirmed that an electric car would be unveiled in late September in Paris.

Up until now, Mercedes has outfitted existing models with electrified powertrains, unlike what BMW did with its i sub-brand, which is comprised of two entirely new models separate from the rest of the lineup. Continue Reading