Nine-Speed Automatic Transmission from Daimler Chrysler on the Way 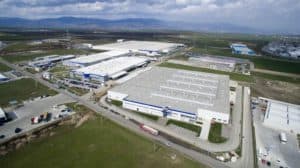 The company that owns Mercedes-Benz – Daimler Chrysler – has begun producing a nine-speed automatic transmission at their factory in Sebes, Romania. That being said, it shouldn’t be long before top-of-the-line models from Mercedes come equipped with the units installed. This addition should make for interesting modifications and new dynamics when replacing a transmission.

Daimler has begun production of its 9G-TRONIC nine-speed automatic transmission at its Sebes factory in Romania. The production is being handled by its Romanian subsidiary Star Assembly.

The German luxury car-maker has invested about €300m to expand the production capacity at the facility and creating 1000 new jobs in the process. The facility will spread across area roughly ten times that of a football pitch.

The production at Seres facility was officially inaugurated by Romanian Vice Prime Minister and Minister of Economy, Costin Borc and Mercedes-Benz Cars member of the Divisional Board Markus Schäfer and other members.