Why Do People Put “Baby on Board” Signs on Luxury Vehicles? 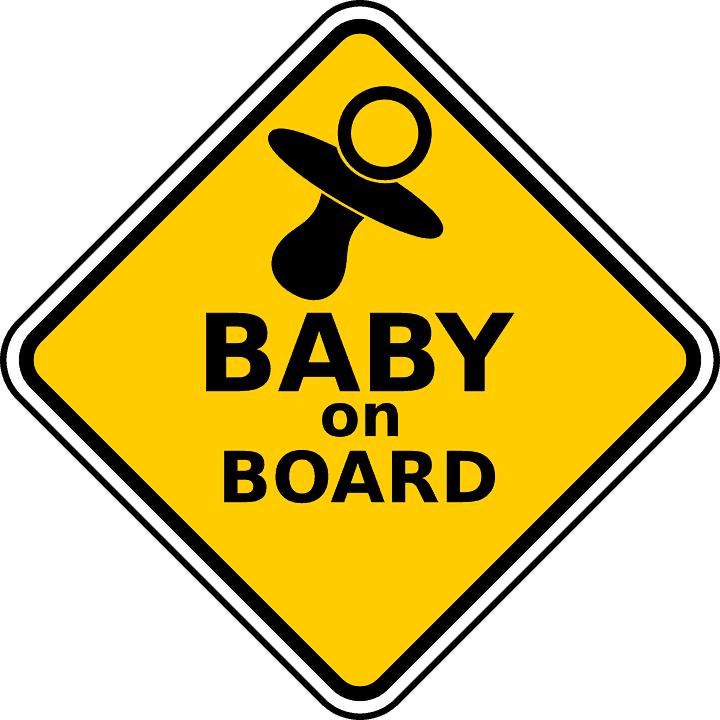 Although they have received quite a bit of mockery and spoofing over the years since they were first created, those yellow “Baby on Board” signs are designed to actually serve a couple of purposes. However, there are also some urban legends that have been born from the signs, too.

For the most part, people put these signs up in their car to let other drivers know that there is a small child in the car (obviously). Theoretically, this is supposed to help trigger something in other drivers in the hopes that a natural instinct to protect babies kicks in and causes people who see the sign to drive more carefully. And this does work… for some people. They will see the “Baby on Board” sign and immediately question how safely they have been driving and will become more aware of their surroundings as they introspectively take a deeper look at the way they have been handling their vehicles.

On the other hand, some people view the “Baby on Board” signs as a warning to other drivers. In this line of thinking, the sign’s intent is to inform others that there is potentially something overtly distracting (a baby) in the car with the driver. Seeing as most people have at least some kind of experience with babies, when they see that sign they might automatically think about what the driver might be dealing with. Little kids will scream, yell, cry, throw things, make messes and do pretty much anything in their power to get the attention of their parents. That doesn’t make for a very ideal driving situation… Not in the least. Because of this, some drivers might opt to put up the “Baby on Board” sign just to let other drivers know that, “Hey, I’ve got a little hellion in here flipping out, I might not be the safest driver on the road right now.”

Another group of people altogether have a different take on the matter. These people just want to take pride in the fact that they have recently produced an offspring. That’s it – they just want others to realize they have the ability to reproduce.

There was also once the belief that having these signs posted in a car helped EMTs better deal with situations and collisions that included small kids, but that has long since been debunked.

If you’re thinking of getting one of these signs to stick to your Benz window for safety, you might actually want to consider replacing the transmission for your Mercedes so you can accelerate and decelerate more easily.

Does Anyone Pay Attention to “Baby on Board” Signs?