Temperatures in April the Hottest 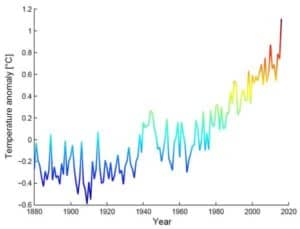 With the current trend of an ever-rising average climate temperature, the last seven months have seen record high temperatures each month, and April was no different. Normally (depending on where you live, of course), the month of April brings us mild, enjoyable weather, but it looks like things this trend is going to become the norm.

On that note, you might want to make sure your Mercedes’ climate control system is functioning correctly. If you need anything to keep your A/C running like new, click here for parts.

NASA announced some grim climate news over the weekend.

Last month was the warmest April ever recorded, with soaring temperatures that smashed the previous monthly record by the largest margin in known history.

Sound like something you’ve heard before? It’s probably because you have.

Based on NASA data, April was the seventh month in a row that global temperatures set a new record high. It was also the third consecutive month that the record was broken by the largest margin ever. Continue Reading