Adsit Company / Will Self-driving Cars Like the Mercedes-Benz F-015 be Fun to Drive?
Back to Home

Will Self-driving Cars Like the Mercedes-Benz F-015 be Fun to Drive? 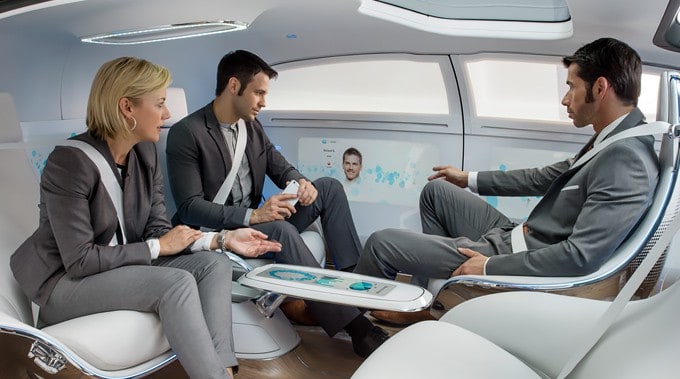 Will Autonomy Take the Fun Out of Driving? For Some, Yes.

As much as we (obviously) love Mercedes-Benz around here, and seeing as we also love to drive our cars, we often think about how much fun self-driving vehicles like the F-015 will actually be. After getting to experience autonomous vehicles and way too much daydreaming about the days we can have one parked in our own garage, we can identify three kinds of people and how they will react to these inevitable autos.

First, there are more than a handful of people out there who just absolutely hate driving. Period. Different strokes for different folks, I guess, so it’s understandable that not everyone is going to take as much joy in pulling off a perfect parallel parking move as we might. Still, these are the people that autonomous driving is really designed for. By not having to pay attention to the road while they drive to and fro their various destinations, their presence on the road should also mean safer roads in general by helping to cut down on a significant amount of road rage and distracted drivers.

Second, and this is easily the category that we fall into, are the people who get real enjoyment out of being in control of their cars. For them (us), being driven around in an autonomous wheeled robot sounds like the antithesis of a good time. Accelerating and cornering are a blast for this group of people and having a machine handle all of that just sounds boring once you get over the novelty of having your car chauffeur you around for a day or two.

The third group of people are those who are going to get the most out of a self-driving car. These are the folks who don’t feel like they have enough time to read (or take in some other relatively inactive activity like use Facebook, play games on a tablet or whatever else) and can truly capitalize on the freedom given to them during those few moments during a daily commute. These people should already be head over heels for the idea of autonomy in vehicles as they’ll likely be able to go from reading one book a month to several.

Wherever you fall into this group, though, it is almost a given that commercially available autonomous cars will be making their way onto roads quicker than you might imagine. Now (for this writer at least), here’s hoping that we can swap out the rims on these cars for something a little more conventional and attractive, right?

Here are a few things you need: