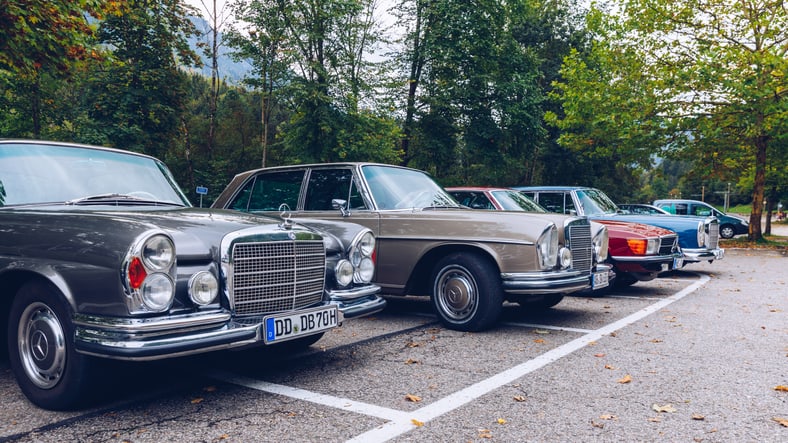 Mercedes-Benz is known for having some of the most luxurious, reliable, and comfortable cars on the market, and they have fostered that reputation through over a hundred years of dedicated and consistent output.

Below we’ll go over a few of the rarest Mercedes-Benz cars ever made.

Between 1955 and 1956, Mercedes-Benz built only 29 of these lightweight alloy gullwing coupes. These cars are the “Leichtmetall Ausführung” (in English, the “light metal version”) of the standard coupe and were built with aluminum instead of the standard steel bodywork standard for the other models.

In addition to the change in metals, the Alloy Gullwing Coupe also used mostly plexiglass instead of glass, reducing the weight of the cars by about 209 pounds. This weight reduction, in addition to some other performance upgrades, made the car perfect for racing.

However, the price increase over the standard coupe meant the car didn’t sell well: thus the reason only 29 models were produced. Now, because it’s so rare, the Alloy Gullwing Coupe can sell for as much as $6.825 million.

Some of the most sought-after Mercedes-Benz models by collectors are the 600s, driven by the wealthiest and most powerful people in the world (or rather by their chauffeurs). The Landaulet Pullman models are the choicest of the group, including a convertible top over the rear seat so that heads of state could stand and greet crowds during parades and public appearances.

Among Landaulet Pullmans, only 26 have ever been built that have 6 doors. These cars are so rare and exclusive that they were never even listed in Mercedes’ catalog, and were only ever available for custom order.

The classic Uhlenhaut Coupe, of which only two models exist in the world, was just sold at an auction facilitated by RM Sotheby’s for $143 million, officially making it the most expensive car ever sold.

The 300 SLR Coupe was originally designed for racing during the 1956 season, but after a large crash in 1955, Mercedes decided to exit the racing business, and production of the 300 SLR was halted. Of the two models produced, one was driven by the head of the test department, Rudolf Uhlenhaut, as his personal company car, thus the name.

Adsit Company Can Help You Service Your Mercedes-Benz

At Adsitco, we have fallen in love with those same values, which is why our company is devoted exclusively to providing Mercedes-Benz parts and services.

No matter what kind of Mercedes you drive, you’ll need an expert with years of specialized experience and resources in order to make sure your car is taken care of, and that’s exactly what Adistco can provide. Reach out today to learn more about how Adsitco can help you.